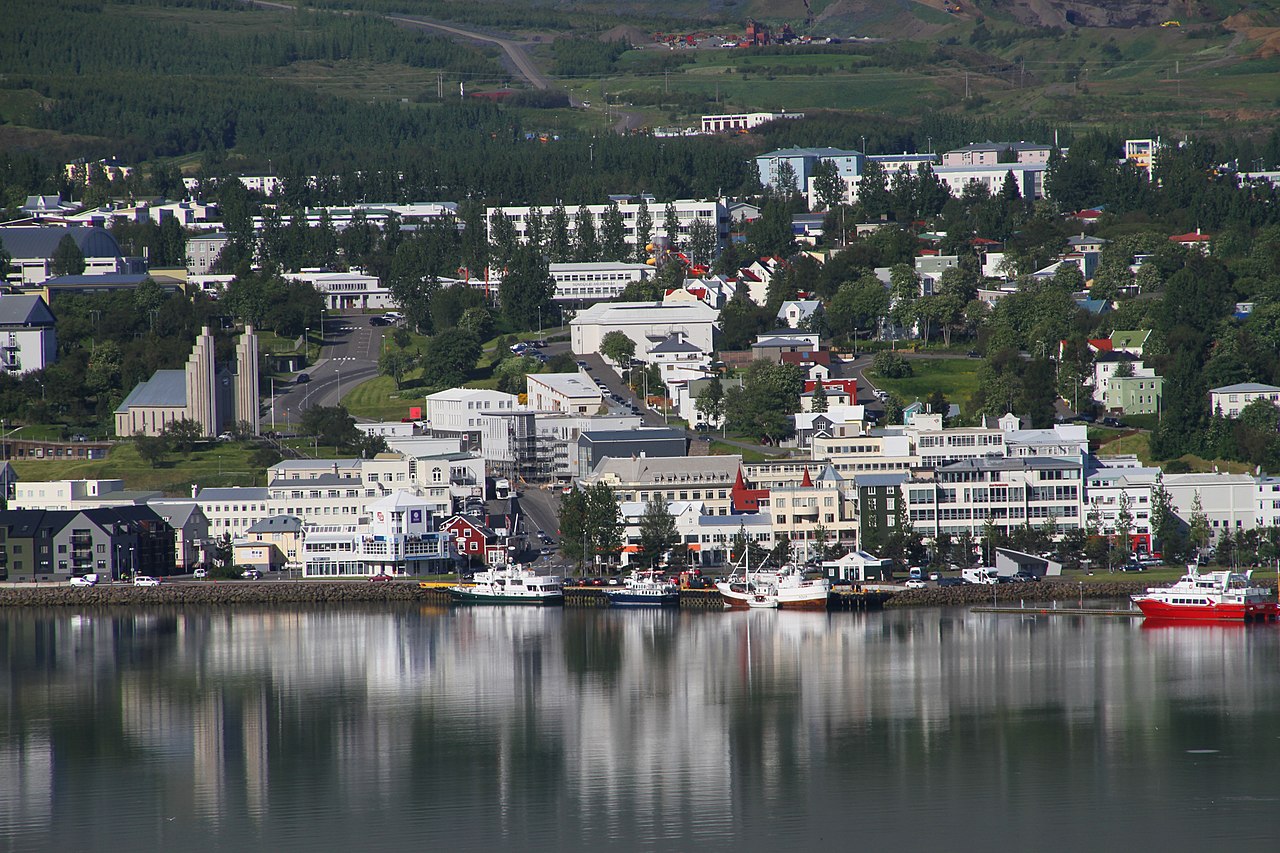 Akureyri is the second largest town, after the capital area of Reykjavík, and the centre of trade and services in northern Iceland. It is also a town of culture and education, often called a school town as it boasts many educational establishments, including a university. The market town’s first settlement was built there, and the town’s oldest house, Laxdalshús at Hafnarstræti 11, can still be found at this location. The house was built in 1795. There are records of trade in Akureyri going as far back as 1602.

Within the Akureyri town limits there are many interesting recreation areas and hiking paths. The Akureyri Botanical Garden is known far and wide for its beautiful walking paths and luxuriant flora. One of Akureyri’s gems, it was founded in 1912, and it contains nearly every plant found in Iceland ca. 450 and nearly 7,000 foreign plants.

The town has many museums, e.g. notable museums like Akureyri Museum, Aviation Museum, Industrial Museum, Motorcycle Museum, Art Museum, Nonni Museum, Memorial Museums Sigurhæð and Davíðshús commemorating the lives of two of Iceland’s most loved poets. There are also galleries and exhibitions which offer insight into the diversity of the culture and the nation as a whole.